If Mohamed no longer feels like travelling to the mountain, then the mountain will just have to come to Mohamed, and that’s the ‘secret’ plan which Finnish poker legend Patrik Antonius has in mind - opening up a high-stakes cardroom on his Monaco doorstep which will draw the best players from across the globe.

It’s been a relatively quiet few years for the cash game specialist who has mixed it with the world’s best for over a dozen lucrative years in the game, so it’s great to see him back in action at the Monte Carlo PokerStars Championship, although he admits that tournaments are not really his forte.

"I can't say that I'm a very experienced tournament player anymore,” he told Frank Op de Woerd of PokerNews, which might seem surprising given his almost $6.8 million in tournament earnings and the fact he has just forked out €100,000 to play the Monte Carlo Super High Roller. 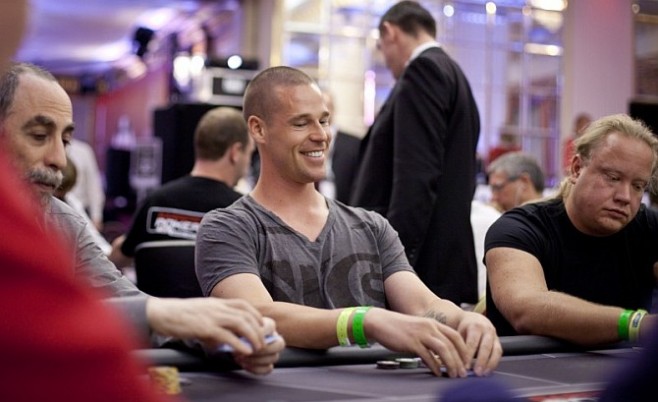 Cash games are where it’s at for the 36-year old who hardly looks to have aged since breaking onto the scene at the height of the poker boom in the mid-noughties, and his plans for a homegrown room catering for ‘players who want to play “decently high stakes” but aren't interested in much travel’ are well underway.

"I can't share any details yet but if we could get a nice poker room in Europe, that would be good for a lot of people," he explained, adding, "People would fly here from all over the world. It would be very easy to organize good games here. We just have to get proper rake so it's reasonable."

Antonius was a staple on the high-stakes TV shows, GSN’s High Stakes Poker and Poker after Dark, crossing swords with the likes of Phil Ivey and Tom ‘durrrr’ Dwan on a regular basis, and involved in many of the biggest pots of all time.

Life changes, however, and Antonius’ crazy days of jet-setting are over as he confesses to de Woerd:

"I've been here in Monaco with my family, my kids are growing and I don't really want to be months and months away from home anymore,” adding, “I wished we would have more, bigger and regular games in Europe."

With the online game joining his list of ‘not really interested in it anymore’ poker games - “I don't see there being a lot of action and I can't see myself doing well" says Antonius – setting up a Monte Carlo room seems like an excellent idea.

“An international byword for the extravagant display and reckless dispersal of wealth" is how the New Encyclopedia Britannica described Monaco, and it’s not difficult to imagine Antonius, Ivey, Dwan and a host of other poker legends sitting down to renew old rivalries in Patrik’s Room. "I'm willing to play in any game and with anyone,” says Antonius and poker fans everywhere want to see it!