Players To Lose All Funds as Jao Poker Shuts Down After Ponzi Scheme Claims!

The unregulated US-facing poker site Jao Poker has apparently closed its doors with players and affiliates unlikely to see a cent of their money according to Poker Fraud Alert and other sources, the site being described as a Ponzi Scheme by many.

"We are sad to tell you all Jao Poker has closed. If we have any update on jaopoker and members poker balances we will let you know in the communitypokerchat. We are currently moving games to 64spades.com." 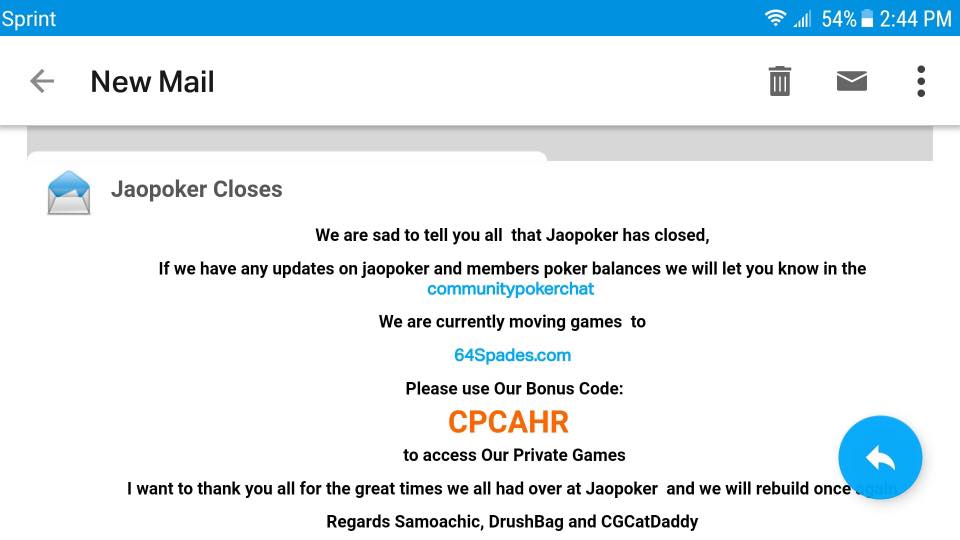 Witteles was among the first to decry the ‘multi-level-marketing’ affiliate approach of Jao Poker when it appeared on the scene last year, writing:

“We all know about the existence of shady online poker sites. And most of us know that multi-level marketing schemes are generally a scam."

He added at the time:

"But what if someone combined the elements of BOTH the lack of trust of a sketchy online poker site AND the unsustainable pyramid model of multi-level marketing? Doesn't sound like a place you'd love to play? Introducing JaoPoker -- a poker site combining both of these exciting elements!"

The public distrust of the allegedly ‘Cambodian-licensed’ site, combined with its Ponzi Scheme-approach whereby people would pay $250 for affiliate status - affiliates making money when they convinced others to sign up too -  didn’t prevent everyone from using it unfortunately.

Jao Poker ‘spokesperson’ Tam Nguyen claimed on Witteles’ radio show in May last year there were "350 to 400 affiliates" with Witteles writing: 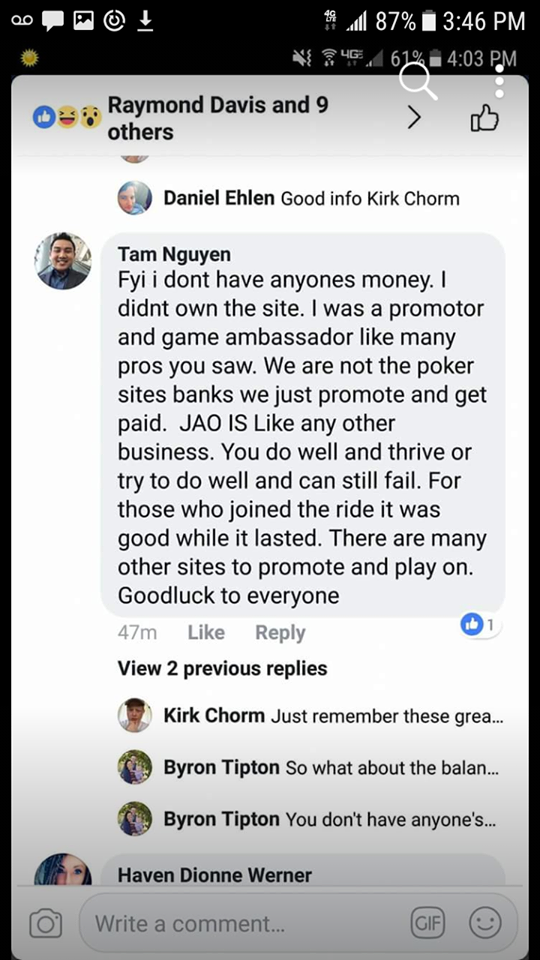 One-time affiliate, the Fort Worth, Texas-based player Ashley Hine - aka "Action Ashley" - also appeared on the radio show last November to recount her experiences with Jao Poker, refusing to associate with the site after discovering how shady they really were and urging others to pull their money and not play there. 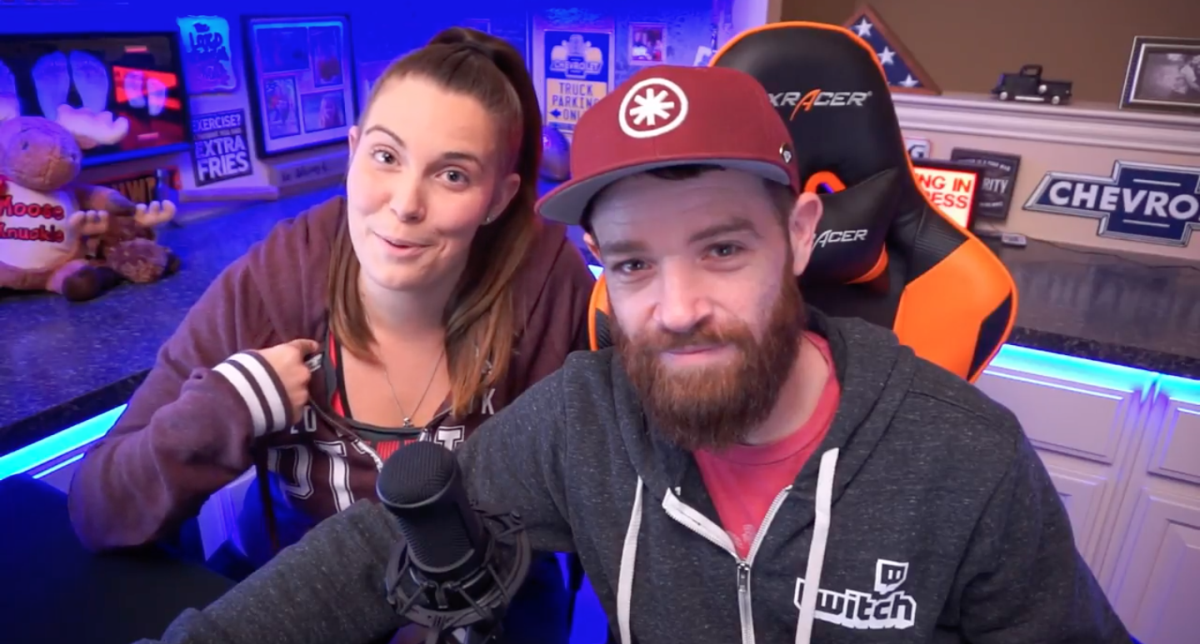 On the 2+2 forum, one poster wrote just 3 days ago in a thread dedicated to Jao Poker:

"I requested a $1550 withdrawal via bitcoin on 2/3 and received an e-mail back saying it will be processed in 3 business days. Several e-mails later and 2-3 weeks have gone by with no bitcoin received nor any replys back."

With promises of winning ‘WSOP 2017 packages’, a bonus points store and several other site features remaining unfulfilled – as well as the removal of various payment methods over its short-lived existence – it seemed inevitable that Jao Poker would come crashing down sooner rather than later, and that appears to be the case.