Longtime poker players remember the "Quack, Quack" often uttered by Paul Magriel when he made bets in some fashion that contained the number "22."

Unfortunately, Magriel's signature catchphrase will never be heard from him again, as the backgammon champion and poker pro passed away at the age of 71.

By all accounts, Magriel had a fascinating life that included a Junior Chess championship in the state of New York at the age of 19. He followed that  by becoming a World Backgammon Champion in 1978.

He wrote two books on backgammon just prior to claiming the world title. The first, simply titled “Backgammon," remains the go-to book for serious players. “An Introduction to Backgammon: A Step-By-Step Guide” was the other.

At the time of his death, Magriel was working on "a series of books and articles" pertaining to backgammon and had created a GoFundMe page in hopes of raising cash to support his research. His request for donations began in mid-January and was met with funding of $360 toward his goal of $15,000.

According to the GoFundMe page:

"For over 40 years, I have been playing, teaching and studying backgammon. As a competitive player I have won more major tournaments including the World Championship, than any other player. I am one of the original inductees into the Backgammon Hall of Fame."

With regard to poker, Magriel's career consisted of cashes totaling $527,364. His most recent was last year's WSOP where a min-cash in the $888 Crazy Eights event brought a return of $3,611.

His proudest moment on the tournament tables may have been his first recorded cash in 1985 at the Grand Prix of Poker. Magriel topped the field in $1K NLHE to win $79,625 - his biggest poker payday ever.

Dozens of cashes followed over the next three decades. Considering his fondness for the number 2 or 22 - typically referred to as "ducks" in poker parlance, Magriel's favorite tournament score may have been in 2010 when he won a $1,080 Seniors event at the Bellagio Cup VI for $22K. 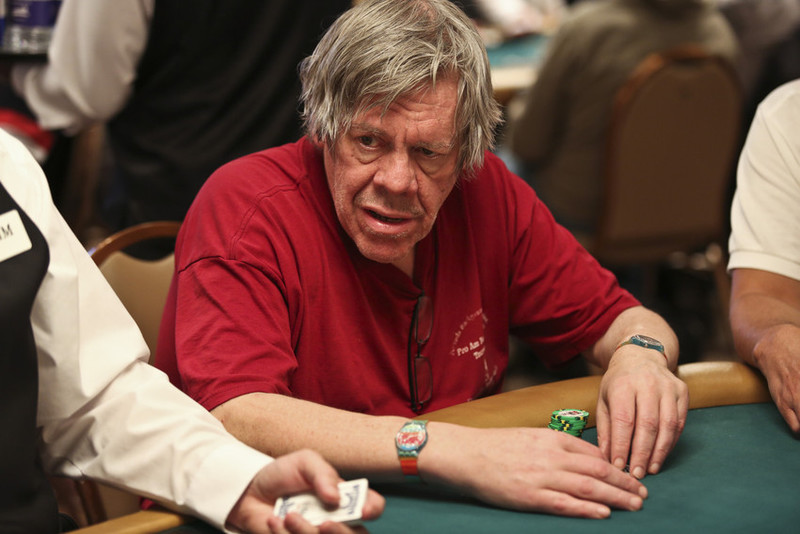 In addition to writing books and excelling at backgammon and poker, Magriel taught college mathematics for several years. He also appeared on "60 Minutes" and was featured in "Esquire" and "Sports Illustrated."

His simulation of a backgammon tournament resulted in receiving the moniker "X-22." Magriel explained the reason behind the nickname to the "New Yorker."

Check out a video of Magriel busting Phil Hellmuth at the World Series of Poker Main Event in 2005.

Brill is seeking as much as $78,600 in damages for what she paid to defend herself in the lawsuit

Gus Hansen is Back on Poker After Dark!Poker Gossip & Opinion