Powerfest Returns to Party Poker With a Staggering $35 Million GTD

Party Poker has announced that its newest version of Powerfest will take place in September and will be its largest ever with a whopping $35 million in guaranteed prize money spread out over 330 events.

Buy-ins ranging from $5.50 all the way up to $25,500 will allow players of every budget to participate over the three weeks of action set for September 3rd through the 24th. A dozen championship events are on the schedule, with ten of those tournaments each guaranteeing at least $1 million in prize money. 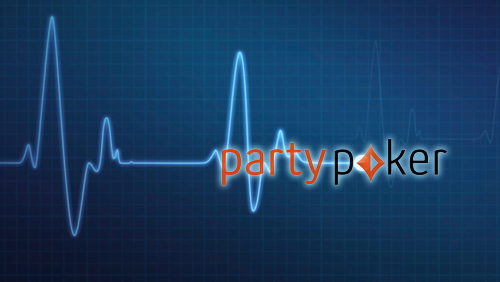 It's been amazing to watch Powerfest grow bigger and bigger with each new incarnation since first launching in February last year with a modest $5 million in guaranteed prize money. Three months later, the next edition of the online poker festival saw the guarantees boosted to $7.8 million.

In August 2016, the third running of Powerfest guaranteed $10 million in prize money, followed by $11 million GTD when Party Poker ran the next series in January this year. The guarantees jumped to $20 million for round five of Powerfest action in May 2016 and will now increase by a massive 75% for the festival scheduled in September.

"It was only right to increase the guaranteed prizepool again to $35 million," said Party Poker Managing Director Tom Waters. "I hope that the players like the changes that we have made and continue to support us. Everyone has the opportunity to be crowned a Powerfest champion.”

The battle over attracting online MTT players appears to be on between Party Poker and PokerStars. The scheduling of Powerfest from Sept. 3-24 runs right into the tentative schedule of the 2017 WCOOP that will run from Sept. 3-25, according to a post by 'PokerStars Luke' on 2+2.

As many poker players are aware, PokerStars alienated a bunch of its regs in recent times by increasing rake and restructuring its loyalty program to one that tips the tables way in favor of recreational players. Animosity still exists from those changes and has put Party Poker in a position to capitalize and win over some of the previously die-hard PokerStars players who suffered a slash in rakeback income.

Party Poker has reacted by aggressively promoting its online poker offerings and implementing a rewards system that aims to sway grinders away from the competition. A new Powerfest festival with $35 million in guaranteed prize money shows the boost of confidence that Party Poker has in attracting players to the site.

"I think it’s without doubt the best scheduleParty Poker has ever had," stated ambassador Patrick Leonard.

The full Powerfest schedule has yet to be released to the public. Only the twelve championship events have been revealed, with additional details, including satellites, expected in due course.

But one thing is certain. The latest Powerfest is very ambitious and will surely smash all Powerfest records set previously. 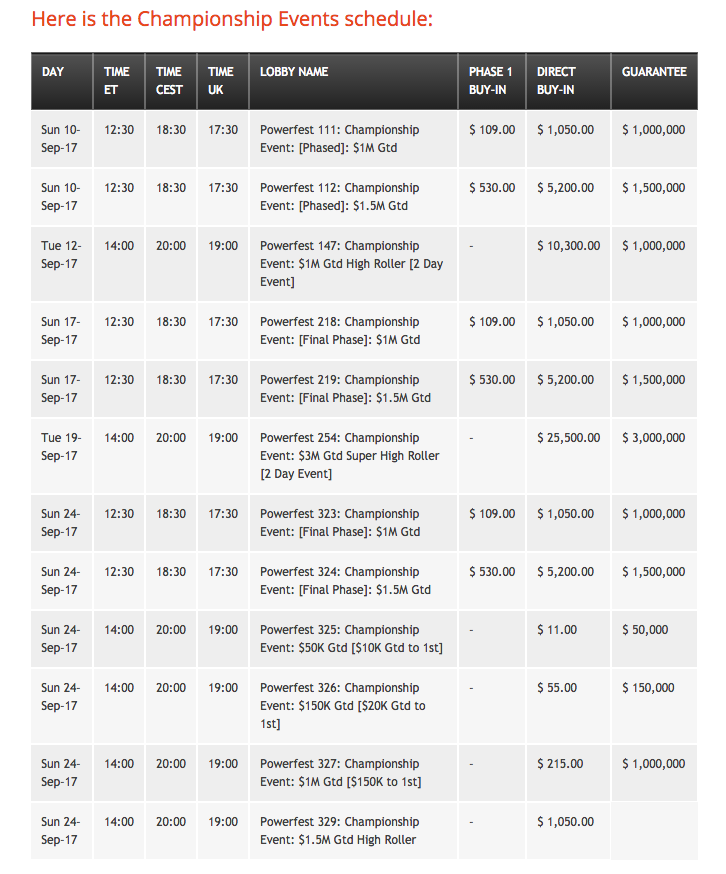