When Pete 'Manz' Manzinelli introduces us to the Mr Fixit of the Bangkok poker and gambling world, you’re probably going to think he’s Skyped the wrong number, the smiling bespectacled young man in the polo shirt resembling any other well-to-do Thai entrepreneur…

…but ‘Sech’ knows things, and he knows people, and if you want to get in on the $million action in the Thai capital’s poker scene he’s the go-to man.

For example, he knows people who lock those who can’t pay their poker debts in rooms for three days, and says:

“It was really bad… it was pretty funny actually!”

In most players books, bad and funny don’t mix, but Sech tempers any fears about Bangkok’s scene when he later explains of another situation:

TheFar East is booming for poker players, and Manz gets the low-down from Sech on what you can look forward to – and it’s not what you might expect. High-stakes poker in Bangkok? You’re just as likely to find yourself playing on an app as high-rolling it in a casino! But, you’ll still see $100,000 regularly won or lost here, and it happens in the blink of an eye!

“The biggest PLO game in Bangkok is now taking place on the mobile app more often than in person!” he tells Manz, describing how the fish and whales need a more convenient way to lose, often on ‘play money home games’ online – but you have to know people like Sech to get in on them – and at the end the money turns out to be as real as in any casino, tales of $1million swings quite common.

“What the Asians have done really well is made gambling convenient,” Sech states.

It’s hard to argue with that, the explosion of new sites such as Natural 8, or apps such as Sech’s new venture – and they will do their best to arrange any game you want: 2-7 or short-handed games, high-stakes, online, live, it’s all doable in the new Wild East.

“It’s really ordinary for rich bosses to just throw money around,” he says of the wealthy whales, adding that: “I could get you on a flight here and into the biggest game. I’m not a popular guy – I’m just a go-to guy if you need something,” as Manz quizzes him on the non-stop messages coming through his phone in the background.

That something includes the world-famous Bangkok party scene, where Sech tells us:

“In Bangkok it’s the poker players who have the time and money to party hard…and players who are regularly in the game get ‘comped’ by the ‘host’.”

Host is a word which pops up a lot. The host arranges the games online but they differ vastly from European or American online poker. “They look after you from 1st step to last,” says Sech, explaining that they are always on the end of the phone to cater for a player’s every whim or desire – though the exact details are hidden behind a smile or laugh from the easy-going Thai man. Details which Sech might well reveal if you fancy having him sort out your next trip – hit him up here to find out exactly what Bangkok’s fixer can do for you!

‘Fixers’ in the US or Macau have a reputation of being rather shady figures, and Sech appears to be far from this stereotype, but looks can be deceptive. In Sech’s case, however, it’s the modern face of Asian poker we see – and any dubious stuff is likely three steps removed at least from the charming guy who recently lost an eating contest to Jason Mo when he visited Bangkok! Revenge is on the cards, however, should JMo return says Sech! 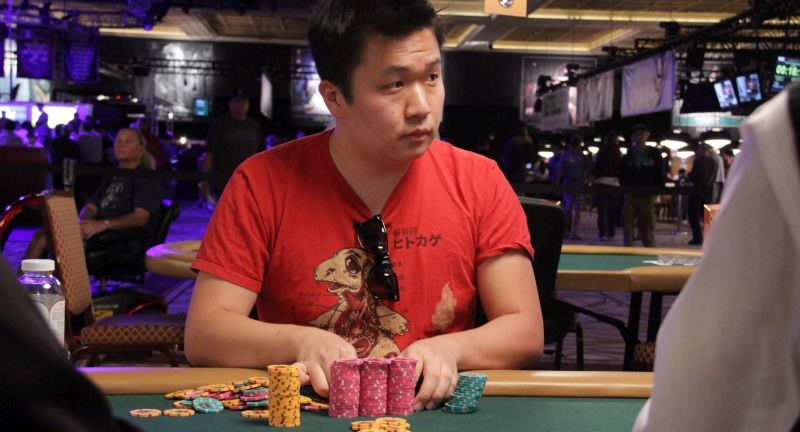 Manz, with his New York drawl and baller/gangster look, finishes up a revealing and fun interview by persuading Sech to ham it up for the camera with his catchphrase. The ever-obliging poker Mr Fixit does it well!

“Yo everybody, get paid…and GET LAID!”

The first witnesses took the stand in the Suzie Zhao murder trial, with accused Jeffrey Bernard Morris present in a Michigan court as the prosecution began their case

The trial of Jeffrey Bernard Morris, the man accused of the horrific murder of poker pro Susie Zhao, got underway in a Michigan courtroom

The BIGGEST WIN Of My LIfe!! And It's Not Even Close! Must See!