The Sheldon Adelson-owned Venetian Resort in Las Vegas is facing harsh criticism after a disabled poker player was kicked out of a tournament for requiring help to play, which apparently breached COVID-19 regulations … 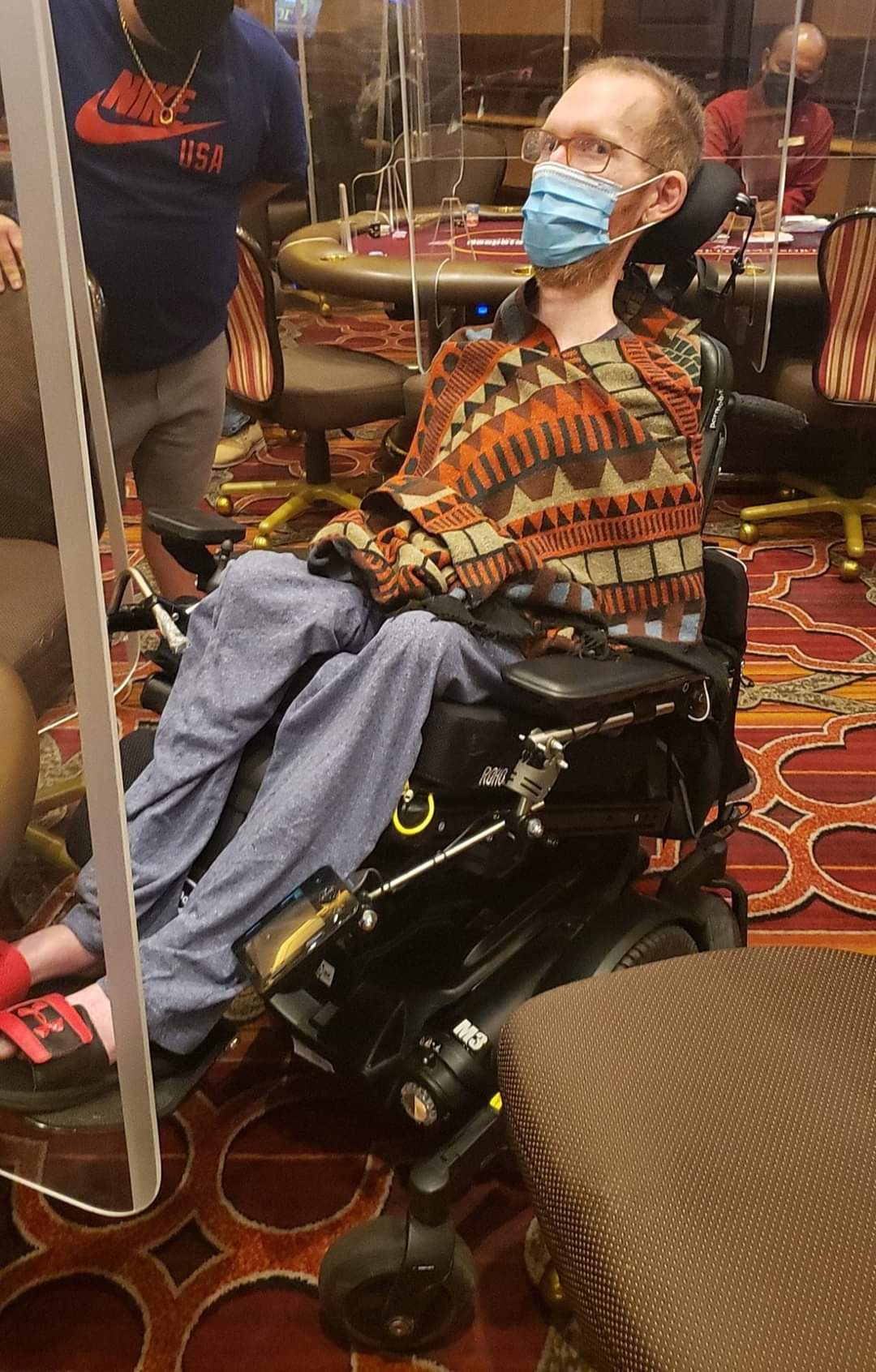 The claims of discrimination were shared on Facebook and then on the 2plus2 poker forum, with the player’s caregiver claiming that management threatened to call the police to have them removed.

“I am a caregiver for a man who has Spinal Muscular Atrophy. We came to Vegas to play in a tournament, which he got his new player card and bought into. After playing multiple hands, The Venetian management is currently telling him he can no longer play because of his disability and not being able to hold his cards himself. This is discrimination against people with disabilities and it is illegal.”

According to Cullen’s caregiver:

“They are refusing to let him play and told the dealer not to deal him in. We have been sitting here at the table for hours after they had security and managers swarming us, threatened to call police to remove us from the poker table but have not done so yet.” Urging others to, “Share share share!!!! This is discrimination! #justiceforcullen”, the carer added an update stating: “They closed the table and took all his chips away.”

“Still sitting here hours later being told 'the legal team will be here shortly' Cullen has a catheter and I just had to empty it in a room full of players.”

The Venetian eventually responded on Twitter to the outcry, claiming that “COVID-19 requirements” were behind their decision to turf Cullen from the tournament.

“The Poker Room was configured to COVID-19 requirements by the Nevada Gaming Control Board. An additional guest at the table would make the tournament non-compliant with these government-imposed requirements. Therefore, we put a hold on the guest’s tournament participation.”

“Under regular circumstances we would be able to accommodate this guest easily except for the requirements imposed by the governmental authorities due to COVID-19. We have found a solution that allows for play while we remain compliant with governmental requirements.”

One of the poker world’s most prominent couples, Loni Harwood and Phillip Hui, have announced their marriage