‘Utter decimation’, is how the PokerStars blog described Zagalo87’s final table run to the $419,000 top prize in the WCOOP $25K PLO High-Roller yesterday, the Slovakian wiping out some huge names in the online world along the way.

Real name Pedro Zagalo, the Portuguese poker pro has over $1million in online earnings, and $½ million in live tournament winnings, so fighting against the best of the best is nothing new to him, but taking out all 5 rivals at a High Roller final table is definitely a feat to be proud of. 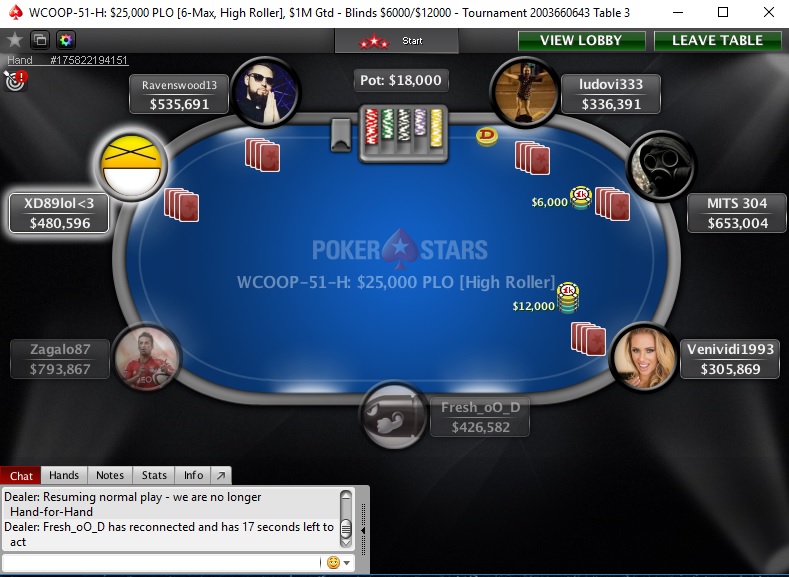 The 54 players accounted for 71 entries in the single re-buy event, with the $1million guarantee also being smashed, the final prizefund set at $1.75million, nine places being paid with the money bubble starting day 2 – an unfortunate Jens ‘Jeans89’ Kyllönen missing out on the massive paydays on offer, joining other big names such as Ronny ‘1-ronnyr3’ Kaiser and Viktor ‘Isildur1’ Blom who were eliminated in 12th and 13th places respectively just before reaching the money.

When Ludovic ‘ludovi333’ Geilich hit the rails in 7th at the hands of high-stakes cash game player Ravenswood13, it was time for the Pedro Zagalo show to begin, first taking out a short-stacked Jens 'Fresh_oO_D' Lakemeier, then ‘XD89lol<3’ followed by ‘MITS 304’ setting up a three-way deal which ‘had to leave $34,825.00 on the table to the winner’ according to the PokerStars blog.

His homeland has a host of online stars, and Zagalo’s win cements his position among them to add to his 12th spot in the overall live tournament earnings list.

* Denotes a deal among the final three