Chris ‘Jesus’ Ferguson has become one of the most divisive poker professionals in the world.

Chris ‘Jesus’ Ferguson has become one of the most divisive poker professionals in the world, with fans of his obvious skills balanced by those who believe he was aware of and made millions from the goings on surrounding the Full Tilt poker scandal which cost players some $444million in funds.

Born in 1963, he came from and continued with a family mathematics background – something which he worked into his own playing style at the poker table – and which has rewarded him with 6 WSOP bracelets and $8,971,790 in tournament earnings over the past two decades.

His biggest victory came in 2000 when he took down the WSOP Main Event, a $1,500,000 scoop when he beat TJ Cloutier heads-up, which launched him into the poker elite, a marketability he used to great effect when he helped to launch Full Tilt Poker in 2004.

Along with Howard ‘The Professor’ Lederer, Andy Bloch, Jennifer Harman, Phil Ivey and others, Ferguson helped Full Tilt to become the biggest site in the world, paying out millions to its star players and directors. When Black Friday suddenly hit the poker world in April 2011, however, it was discovered that many of these payments were taken from player funds, not company funds.

The fallout from the scandal engulfed Ferguson, but there are many who believe he escaped incredibly from the situation, giving up only a small part of his poker fortune when he settled his case with the US Government in 2013. After 3 years away from the tournament scene, Ferguson returned to the World Series in 2016 amid quite some controversy.

He has consistently refused to apologise or fully explain his part in the Full Tilt debacle, insisting he simply wants to play poker – something he has been very successful at since his reappearance, taking down his 6th WSOP bracelet in 2017 and becoming the WSOP Player of the Year for his consistent performance throughout the 2017 WSOP season.

His long hair which gave him the ‘Jesus’ nickname, as well as his trademark black clothes and cowboy hat have helped Ferguson to become one of the most instantly noticeable players of the poker boom years and for a long time he was a regular on the biggest TV poker shows.

It's a tense match up between Mike Matusow and Chris Ferguson in their 'Round of 16' game during the NBC National Heads-Up Poker C...

With 23 cashes and a WSOPE bracelet won Chris Ferguson is well and truly back in the poker world and it seems like he has become b...

Doug Polk is back for Polker news as he discusses all of the hot topics of the week including Isildur's $1.6million upswing, Leon'...

Chris Ferguson Tanking... or Not?

Enigma vs Chris Ferguson - Feguson with a River Decision

Great flop for Peter Jetten in a hand against Chris Ferguson; and a little revenge 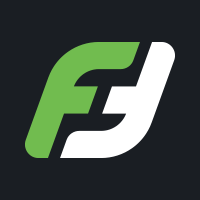 The final table of Event #31: $1,500 Seven Card Stud had plenty of reasons to be watched closely.

Poker pariah Chris Ferguson has set tongues wagging again with a redo of his championship banner.

Six months ago Justin Bonomo was 17th seed in the cash stakes. Today he’s 3rd, having taken down over $14.7 of cashes in various events since January.

What do you do when you want people to say nice things about you? Produce a list of your top 10 legends of the game and leave your own name out.

Impressing a supermodel can’t be an easy job, but an Americas Got Talent magician managed it in spades – literally.

So far at least two people have been publicly called out and blocked by the Poker Brat.

Drinan doesn’t say who was on the other end of the evidently competitive arm-wrestling competition.

When Phil Hellmuth defiantly came out in defence of Chris Jesus Ferguson, he opened a whole can of worms about his own skeletons in the closet.