Brendon Rubie managed to put the past behind him when he topped his second place finish last year and took down the WSOP Circuit Sydney $5K Challenge, a $271,952 payday which takes his lifetime tournament earnings to over $1.5million, good enough for 21st place in Australia’s lifetime list.

The 229 entrants who rocked up to the Star Poker Casino in Sydney included Randy ‘nanonoko’ Lew, one-time online sensation who mixes his love of poker with insane ability at gaming, joining Team Liquid as a Hearthstone professional last year…

Others in the mix and warming up for the Main Event included 2005 WSOP Main Event champion and ‘local’ hero (well, Melbourne anyway!) Joe Hachem as well as Jonathan Karamalakis, who this summer took down his biggest score ever with a $500k+ 2nd place at the Bellagio Cup, although Sydney would see him bubble the $5K event when he ran his queens into kings.

With the 24 top spots paid, Karamalakis’ exit meant that the rest of the field were guaranteed at least $10,039 of the $1,087,750 prizefund and as the Star Poker reporting crew mentioned, ‘Rubie knew there was only one finishing position that was acceptable, first,’ having lost out heads-up last year to Luke Edwards.

It was ‘Aussie Joe’ Hachem who would be the next bubble-boy, hitting the rails in 10th place and missing out on live-streamed televised final table after his pocket kings were flushed down, or perhaps by, the river.

Among those making the final nine were the wonderfully-named ‘Toothpick Tony’ aka Antonis Kambouroglou who unfortunately – or for the commentary team perhaps luckily – was sent packing in 9th when Sam Higgs, already ahead with jacks against tens hit a set on the flop.

As the players tumbled and the prizemoney grew ever higher, Rubie seemed to have the cards running with him, rivering just the right card twice to dispose of Boustani and then Lee, with another big hit showing Sam Higgs who was boss of the table.

When it finally reached heads-up play it took only two hands to separate the leading duo, and once again Rubie came up with the goods, his queens against Higgs’ jacks again hitting the flop hard with a set and sealing the title’s new home, telling reporters afterwards:

"I knew from the start of Day 2 when there were 34 runners left that this tournament was mine to win. I had a good stack and I was playing well.”

“I knew I could win but I was still really grateful. Making it to the final table is always such a luxury. I just keep trying to do my best, it was a really tough final table and it was great to get the win." 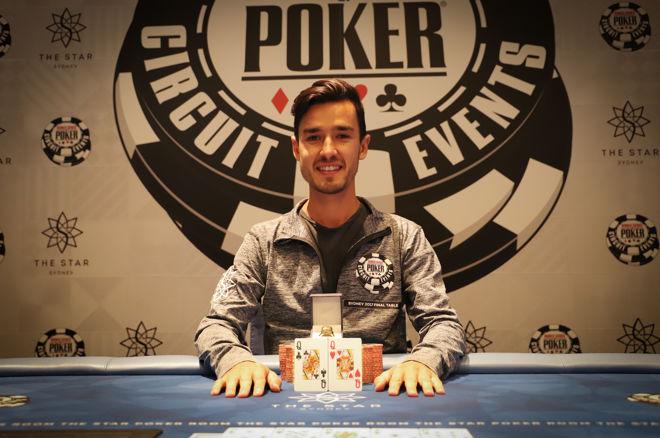