Doyle Brunson is the most iconic player poker has ever seen, and his five decades at the top of the game is an absolute goldmine of stories, a little-know clip found by Chicago Joey Ingram this week seeing the granddaddy of poker reminiscing on the three fellow players he witnessed dying at the table mid-game.

For many modern-day fans of the game it will take a minute or two to realise the huge-framed, balding figure to the right of fellow legend - the late Chip Reese - is actually Brunson, but the 84-year old wasn’t always the greying, great-grandfather we have come to know since the poker boom hit. 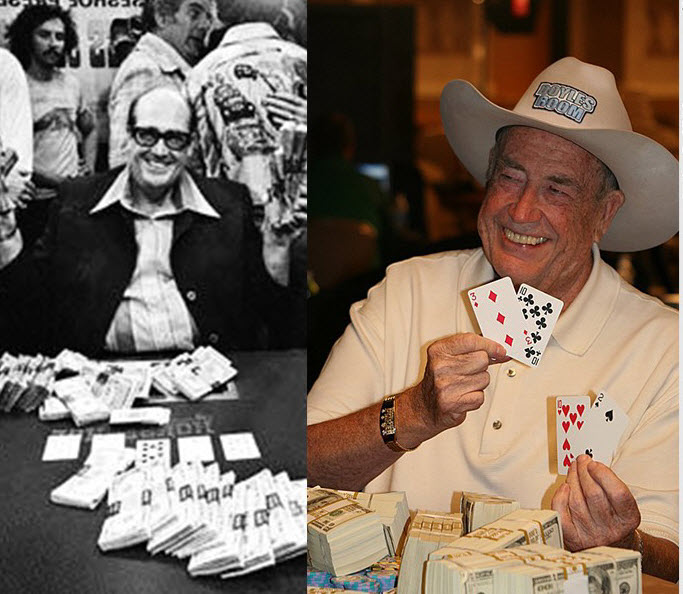 There are very few players still alive who lived and played through the latter-day ‘Wild West’ of poker, but Brunson himself has seen his share of mobsters, shootings and deaths which would make the players of today cower in fear – although he wasn’t always immune himself.

“In the old days I saw three guys die at the poker table,” says a much-younger Brunson in the short clip from 1999, remembering how one player “had a winning hand and was dragging the pot in and just…full out” – Brunson almost lost for words at the memory.

It was a much-more dangerous time to be playing poker, the 1970’s a free-for-all by all accounts, with Brunson and Reese, describing how the legendary Johnny Moss – the first-ever winner of the old-style WSOP Main Event – was involved in a Mexican, or perhaps Texas,  standoff with an opponent, guns drawn over a poker dispute, and Brunson himself no stranger to being a target.

The duo recalling Moss’s heart attack on the second day of a 5–day marathon poker session also shows how the game has changed, the nine-times bracelet winner returning 12 hours later from his hospital bed to finish the match.

…and there are very few who wouldn’t love to hear him talk about surviving the Wild West of poker.

The Dark Knight Rises at the Rattlesnake OpenOnline Poker