The epic battle between world-class comedian Kevin Hart and world-class sprinter Usain Bolt is finally over. Find out who won below.

PokerStars’ #GameOn ad campaign has been running since last summer - but it came to an at last. When we left off, Kevin Hart took the lead in terms of freezeout sessions won against his opponent - however, Bolt redeemed himself by letting Hart text anyone from the contact list on his phone. The “lucky one” turned out to be none other than Formula-1 world champion Lewis Hamilton.

This time, however, it was time for payback.

Just like in the first match-up, Bolt got into the chip lead but he managed to turn that advantage into victory - with a good amount of luck.

Bolt opened his 73 off pre-flop - a loose move, even by heads-up standards. Hart must have sensed something since he 3-bet all-in with his also not so sturdy K8 off. On top of his ambitious bet, he threw in his “challenge card”, which meant if Bolt folded he would’ve had to do perform another silly task.

And - as the host Daniel Negreanu remarked - he really didn’t seem to be in the mood for that - Bolt called the all-in bet with his 73.

Bolt’s coach Fatima de Melo told him before the questionable decision that “you usually have around 30%”. She was pretty damn close, his trainee had a 33.19% of winning the pot.

And he realized that 33% chance - the door card hit him immediately, pairing his 3. Hart got no help, the low pair held. You can watch full video here. 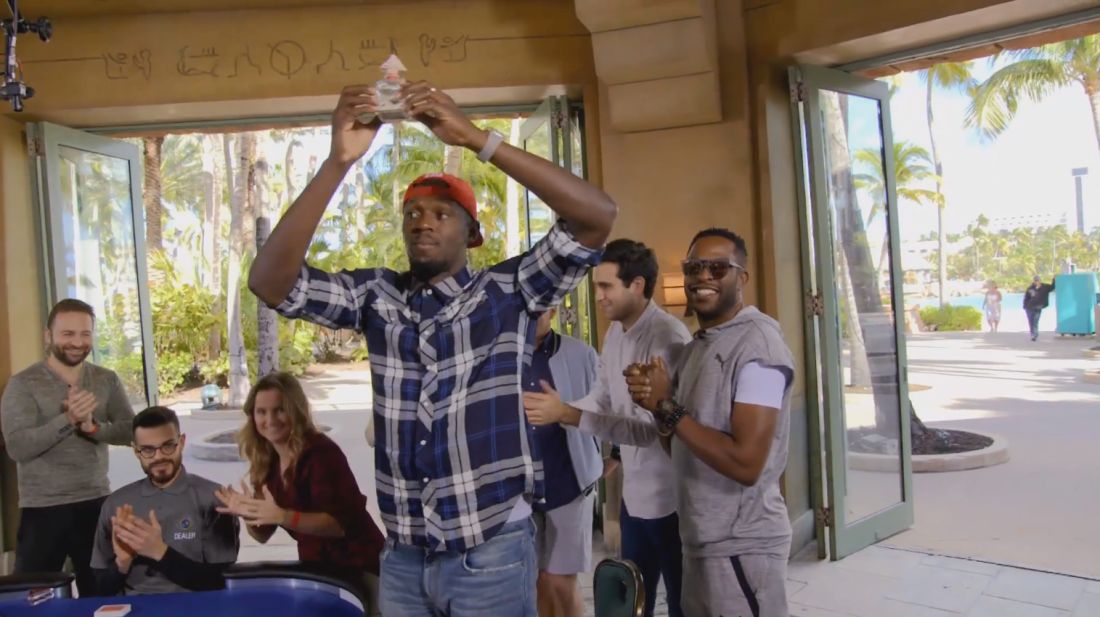 Bolt was celebrated as the winner of the match-up - it’s unclear on what basis since the freezeout session score stood 1-1. Anyhow, Hart ended up tasting his own medicine - this time, it was his phone in Bolt’s hands. The Jamaican fastman chose Canadian rapper Drake, who got a nice sweet text supposedly from Hart.