Usain Bolt and Kevin Hart Launch a Battle of Wits

In the last few years, PokerStars went from everyone's favorite poker site to the most polarizing one. On the one hand, it has a great responsive software, a proven track record of reliability and competent support, on the other, it consequently ignores the feedback of high volume grinders and makes numerous changes at their expense.

In the recent weeks, PokerStars played a game of good cop bad cop with the customers by rolling out a new VIP program that crippled the rewards for serious grinders (or everyone else for that matter), but the company also offered to bail out the recently closed PKR poker room which certainly scored them some much-needed brownie points.

On the whole, there seems to be a method to PokerStars madness and their new aggressive marketing strategy targeted mostly at casual players seems to be one of the major reasons for their overall success. 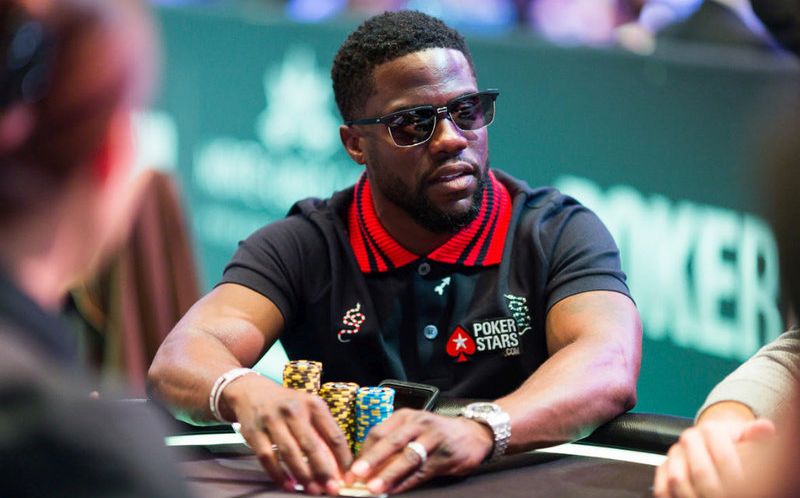 #Gameon pits Bolt and Hart against each other in a battle of wits where social media engagements act as score cards allowing fans to decide the winner. The series of challenges and beefs will last for the next few months and culminate in a poker match in the Bahamas on January 2018. PokerStars is creating their new campaign in collaboration with London-based creative agency Gravity Road.

The choice of Kevin Hart and Usain Bolt isn't a random one. Both stars are obviously immensely popular with around 40 million Twitter followers between them and they can definitely help PokerStars reach potential new audiences. Bolt and Hart also had some contentious interactions in the past during an NBA celebrity All-Star game when the Olympian "lost" in a race against the actor, and that brief history should help with the fanbase engagement. With the success of the #raiseit campaign in mind, it's hard to bet against the #gameon initiative, given the similar formula and arguably comparable star power.

End of an Era

Recent VIP program changes coupled with the #gameon marketing campaign are sure signs that PokerStars has no intention of changing the course that was set with the abrupt elimination of the Supernova Elite club back in 2015. The bad news is that serious grinders will continue to be neglected but there are also some positives. The quality of the games at PokerStars is slowly improving with more new deposits, higher flop frequencies, and rising average pots.

Maybe social media marketing campaigns involving stars from outside of the poker world like Usain Bolt and Kevin Hart are exactly what's needed to engage new audiences and attract new deposits, but it's also clear that doing so at the expense of high volume players is alienating a large portion of PokerStars core audience.