New Zealand man Shane Thompson, known at the poker tables as Shane Tamihana has been arrested for supplying, possessing and “conspiring to deal” methamphetamine.

Tamihana was known in the New Zealand high stakes circles - both cash games and tournaments - as a crazy loose aggressive player, with a signature catch phrase: he would yell “later bro” after every time he managed to get his opponent to fold their hand. He has two major cashes to his name, both from the Skycity Festival of Poker: a 2nd place for NZ$55,490 in the NZ$2,000 buy-in Main Event in 2015, and a Main Event championship for NZ$51,890 the following year.

It seems he may not have any more chances to add to his tally since he was arrested for a number of serious drug-related charges, and he can face a lifetime prison sentence if found guilty.

New Zealand police seized 3 kgs of methamphetamine, over 200 tabs of LSD, eight firearms and $343,000 in cash during the six-month-long investigation. 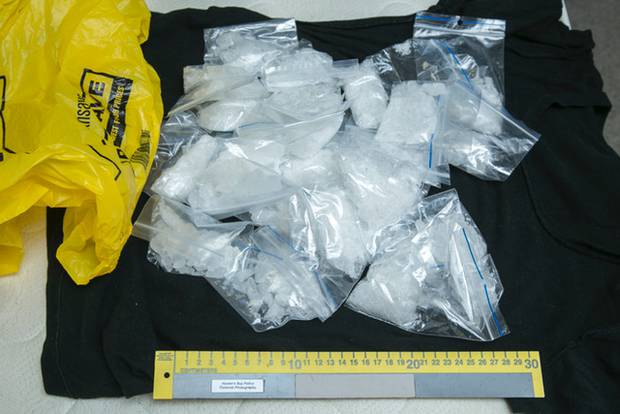 Thirteen other people were also charged, including Tamihana’s partner, Nerrisha Marie Margaret Grant.  The 31-year-old Tamihana himself faces charges of 14 counts of supplying and 5 counts of possessing and conspiring to deal methamphetamine. Meth is a “Class A” drug in New Zealand, meaning that out of the illegal substances, possessing and dealing this one is punished with the most severe sentences.

“Winning poker tournaments is 90 per cent luck and 10 per cent skill”.

He’s going to need all his luck and the skills of his defense attorneys to get out of trouble this time.

Shane Tamihana isn’t the first poker player to get in trouble with the law regarding drugs, however. In 2003, 4-time WSOP bracelet winner Mike “the Mouth” Matusow was convicted for dealing cocaine and served six months in prison. Matusow was busted after a DEA officer posing as his friend asked him to get some cocaine and “the Mouth” complied with the request.

Matusow was able to get back on the poker scene after his conviction, but in Tamihana's case, considering the severity of the accusations leveled at him, it would likely be impossible for him to do that if convicted.