Yesterday’s promise of ‘huge news’ to come from Patrick ‘plenopads’ Leonard arrived with a ground-breaking move by his paymasters at partypoker – removing all bounty rake on their PKO tournament offerings, which will see an overall 40-60% reduction in cost to the players.

As PokerStars’ Daniel Negreanu had done recently, partypoker’s Leonard teased his fan and followers with a ‘can’t-wait-to-tell-you-the-news’ tweet the day before…

…but unlike his Canadian counterpart Negreanu, whose news fell flat on its face and eventually resulted in a Twitter block for Doug Polk, the English pros news was groundbreaking – a poker site listening to feedback, reducing rake and taking a chance that popular support would carry the day for one and all.

As partypoker’s MD Tom Waters explained on the site’s blog:

“Since PKO tournaments (MTTs) were launched, there has been much debate in the online poker world as to whether it is fair on players… to apply additional rake to the bounty element of buy-ins’… for example, should the rake for a $22 PKO MTT be $1 or $2?”

“After reviewing feedback from the poker community and lobbying from Patrick Leonard, we will remove rake on the bounty element on all our PKO MTTs with effect from Sunday 6th May, in time for our Powerfest PKO events.”

A pretty momentous decision from an online poker site, and reason enough for Leonard to shout it from the rooftops, but there was a caveat of sorts from partypoker, and not an unexpected one.

“We will hold this policy for six months with the intention to make this a permanent reduction to our pricing structure,” said Waters, explaining that the site has “over 350 PKO MTTs per week with guarantees of over $4 million”.

“So clearly, we will need players continued support to remain competitive revenue wise with other online poker sites,” says Waters. 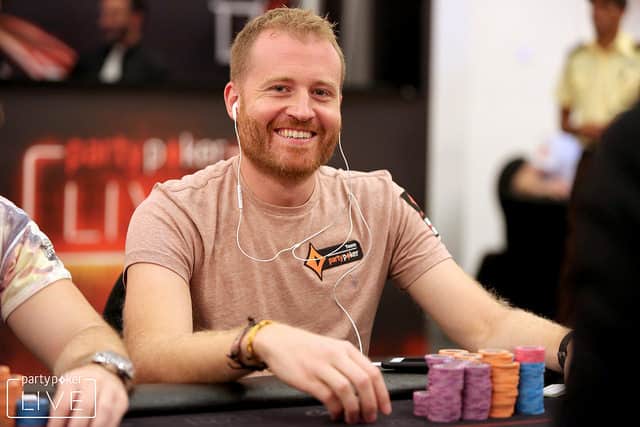 The small print of the new plans came in the form of a rake comparison table, showing “a 40% to 60% reduction for bounty MTTs, depending on the buy-in level” – which according to Waters also means “ the value of bounties will increase by between 4% and 12%” with the old rake amount “added to bounties won by players.”

Less rake, bigger bounties but the same total buy-in, meaning “players can still use their existing MTT tickets that they have won in satellites for PKO MTTs.”

So, now it’s over to PokerStars it seems, to see what they can do to keep the players happy and avoid a mass migration to partypoker.