Poker Gran Plays Live for the First Time... In the Bahamas

Nicole Ray is fifty-one, she has a daughter, grandchildren and three dogs. What she didn’t have was a passport. Not until buying into a $27 satellite for the PCA and winning an all expenses paid trip to the Bahamas. The package was worth £15,000 and if she were to win the tourney, a cool million quid on top of that.

Nicole was a rail-worker until she retired. But despite working around trains, she never even rode one across the Channel. In fact, she’s never left the UK before. In the last six years, she hasn’t left Peterborough, because she doesn’t “want to be too far from the dogs.” Rumi and Conan are still in the prime of their lives (six years old), but old Gypsy is fourteen, ageing and unwell.

“I know it's the chance to win a million quid but there was no chance I was just leaving my dogs [...] I didn't think I could just leave [Gypsy] in case she died,” Nicole told the Mirror in a recent interview.

This was a conundrum, solved only by a frantic search to find a dog sitter who was a good fit with her canine companions. 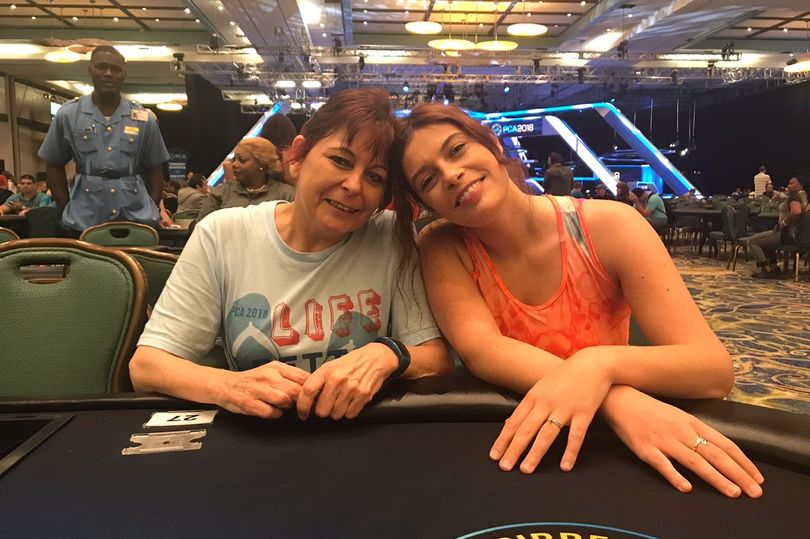 With the dogs well kept at home, and the prospect of earning enough shekels to keep them in kibble for the rest of their lives, Nicole applied for a passport, called her daughter in Dubai, and booked her tickets.

Now she’s down in the Bahamas having played in a top-tier international tournament with poker greats like Barry Greenstein and Liv Boeree, and celebrities like Usain Bolt and Kevin Hart who is poking his head above the parapet for the first time since his private life became very public last year.

While Nicole didn’t make it to the final table (or in fact to the money) she did at least get one hell of an experience out of it. And got to spend some time with her daughter Helen who was work in  Dubai, as a musician until recently.

For an online player, that seems like a great introduction to the world of live poker. Perhaps, if she can find a sitter again, we’ll see her at the final table next year.

Tracking the Growth (and Shrinking) of Professional Poker Stakes

Guide for Online Poker in Norway 2021