The poker boom happened over a decade ago, but free social ''gambling'' apps experience a boom of their own.

While real-money poker players may argue that social poker apps drive people away from the tables, it's actually a different market, one that looks for a different experience.

Folks of an average age of 39 with disposable income flock to Facebook and phone apps, not looking for excitement, but for stress relief.

What  they look for the repetition of slot machines, or the stimulation of poker, without the risk of ruin of real money gambling. For them, it's like a fidget spinner that needs more skill.

This is how social ''gambling'' became a $2.7 billion industry, customers don't pay for chips as an investment, but as a way to ensure their relaxing hobby will be available when needed. Social video gaming as a whole is expected to be worth $17.4 billion by 2019 according to a 2015 report. 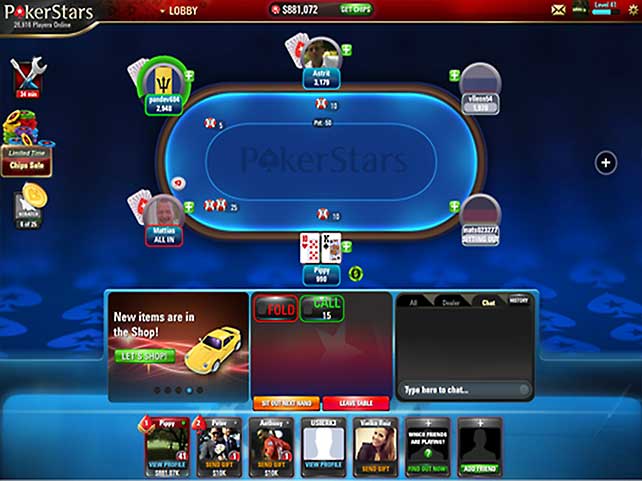 It's no wonder why Stars Group is now making a strong push for play-money poker and slot machines with PokerStars Play, their revamped social app.

It features a wider variety of poker games, including Texas Hold’em, Spin and Goes, and Pot Limit Omaha, as well as casino-style slots.

With this move, PokerStars tries to become a leader in the social casino industry, which is dominated by the likes of Zynga and Slotomania.

To this point, Lloyd Melnick, Director of Social Gaming at PokerStars described PokerStars Play as:

“A unique product, taking the best of real money gaming and merging it with the features players expect from mobile games.”

PokerStars Play is currently only available in the United States and Australia, two countries where real-money poker is heavily restricted.

More countries will get the update as a standalone app in the coming months and It will be available for Android and iOS.

So what do you think? Do you enjoy play-money poker? Do you think Stars has a chance to dethrone Zynga? Let us know in the comments!