Things are not looking good for well-known UK poker site SkyPoker, with industry insiders rumouring that last year’s acquisition by PokerStars will result in the cardroom closed sooner rather than later…

SkyPoker has been around for over a decade, at one point having its own dedicated TV channel, but when PokerStars’ parent group Stars Group bought out Sky Betting and Gaming last spring for $4.7 billion, it raised the spectre of SkyPoker going the way of Full Tilt.

Full Tilt was retired in 2016 by then PokerStars’ parent company Amaya – before they changed their name to Stars Group. The Stars Group is well-known for its ‘cost-saving synergies’ – the company’s focus always on the bottom line, which is completely normal for any large organisation which puts money and shareholders first.

Of course, the small guy always loses out in such transactions – and if it happens in the Sky scenario, it will be the SkyPoker players, staff and anyone connected to the poker site who are likely to be affected. 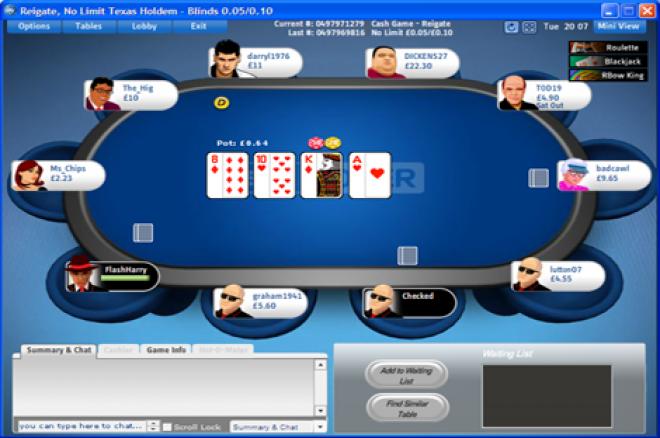 “Of course, the aim is to obviously migrate the Sky Poker business into the PokerStars [business]… so something along the lines of 'Sky Poker Powered by PokerStars’ is something that we are definitely looking at for the UK business.”

This, however, has yet to show any signs of actually happening.

Instead, SkyPoker affiliates have seen corners cut by the new owners while the poker department has been shrinking slowly but surely. Add to this the software not being updated in a long time and the picture painted is rather bleak for SkyPoker under Stars Group ownership and management.

A timeline? According to sources, 2019 will mark the end of SkyPoker - and with it a rather iconic UK poker brand.