This past year or so has seen Phil Ivey vying with Tom Dwan for the dubious honour of poker’s Scarlet Pimpernel, but the world’s most famous poker player put in an appearance in Beijing this week to promote the Chinese poker application Zhi Zou.

Skipping the WSOP this summer, Ivey has seemed more intent on dealing with his long-running and contentious $multi-million baccarat court cases, but he found time to take on some locals in SNG’s and sign autographs to support wealthy Chinese entrepreneur Sun Ji Jun, the brains behind the new app.

Ivey is no stranger to the Far East, often playing in the legendary Macau ‘Big game’ alongside Paul Phua and the likes of Dwan and Daniel ‘Jungleman’ Cates, but China is a new step for the star, who told reporters it was his first visit to Beijing, the event also being an opportunity for him to visit the country - a trip to the Great Wall scheduled for the next day, according to Somuchpoker.com.

His disappearance from the tournament circuit was down to “personal issues” reporters were told, although he claimed he still had an interest in live tournaments but when quizzed on which games he is currently playing, his reply was a strangely simple: 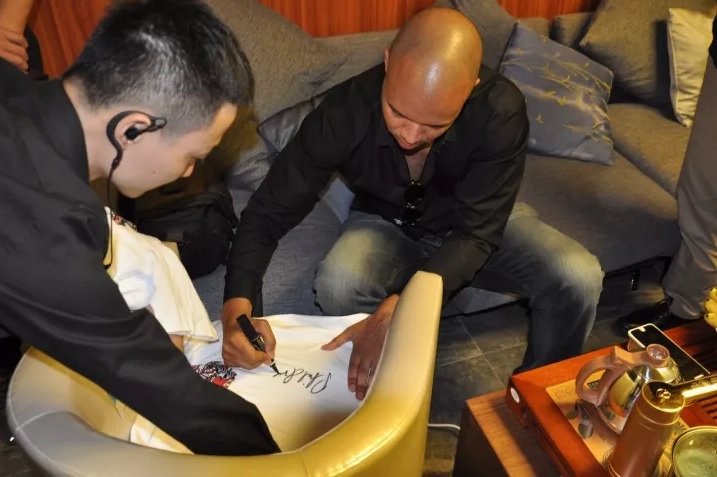 Jun’s new app, Zhi Zou, is expected to challenge the Chinese market leader Tencent Poker and Ivey’s involvement – including releasing a promotional video in advance of his trip – is sure to attract thousands of fans, many of whom took part in satellite events to meet and play against the great man himself.

Somuchpoker reports that Ivey fared quite badly against his Chinese fan base at the Beijing promo, Craig Bradshaw writing: ‘Phil Ivey didn’t particularly shine during this performance and quickly went back to the rail to greet fans and sign T-shirts.’

The Zhi Zou app’s main competitor has a head start in the Chinese market, this summer joining forces with the WSOP. Ty Stewart, Executive Director of WSOP, said of the deal:

“There is so much untapped potential in Asia and we’ve found the perfect partner in Tencent to help spread the great game throughout the entire continent. We plan to use the WSOP brand and our expertise, along with Tencent’s reach in Asia, to inspire the next generation of competitive sport players.”