Winfred Yu With Paul Phua: An Insight Into the World of High Stakes Poker

Fresh back from the Triton Super High Roller Series stop in Montenegro, Paul Phua’s Poker School continues its high-quality insights into the biggest poker games and names in the world with a look at Winfred Yu, the President and CEO of Poker King Club in Macau – home to the Far East’s ‘Big Game’.

Now Winfred Yu may not be a household name in the west, but he wields a lot of influence and plays a mighty game of poker in the nosebleed games which Macau has become famed for – billionaire businessmen mixing it with the likes of Phil Ivey, Tom ‘durrrr’ Dwan and Daniel ‘Jungleman’ Cates to name just a few, players who have also graced Paul Phua’s poker site in recent weeks.

Yu, like Phua himself, has been around the Big Game long enough to know the strengths and weaknesses of the big players – but for Yu it all started in Canada of all places – his first game seeing him seated next to Daniel Negreanu! His chips were safe from DNegs, though, as this was before Negreanu became a huge name in poker – he was actually a dealer at the charity casino!

“At that time it was limit poker, more popular in Canada and North America in those times," says Yu, "And definitely, with all these years [being] about changes, I’d get hooked on this game from day one,"  he adds, explaining that he worked in the early casinos in Canada himself before, he explains:

“Asia started poker about eight years ago, Suncity decided to have this project and bring me back and start Poker King Club in Macau.”

It was a clever move for all involved, Yu and Paul Phua becoming friendly and building the Macau Big Game into the biggest game of all - $tens of millions regularly changing hands as the big men of poker and business clashed. 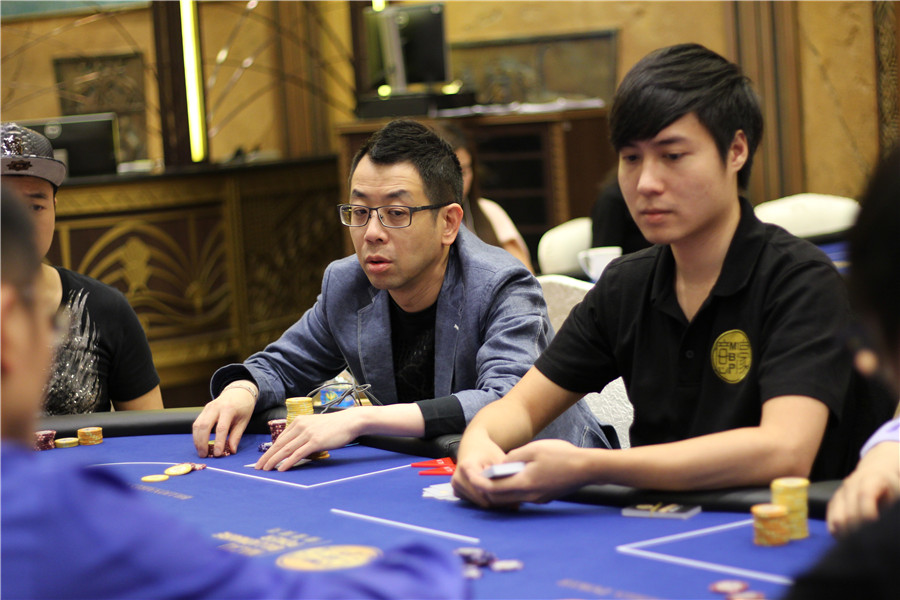 Preparing for the big one

When it comes to the Big Game, Yu is at a disadvantage from the off – but it doesn’t stop him from challenging the best, something which Paul Phua himself has credited with his own rapid learning curve.

“Preparing for the Big Game is kind of stressful for me, because l’ve got, you know, meetings or work the next day,” the businessman admits. “So l think l’m not as concentrated or have the advantage like the pros, because l still have my marketing team, dictating tournaments, running my own room.”

Surprisingly, given the reputation of the Chinese in particular as fearless gamblers, Yu picks out aggression as the main factor which gives Western pros an edge in the Far East, but he qualifies it by explaining that is only against the “weaker Asian players”, stating:

“I think they come here more aggressive, in general, that l see, than Asian players. They’re using their aggressiveness, their calm and power of betting.”

When it comes to the rapidly improving Asian players, however, he sees “a lot of pros that lose, or did not get their success, are running into players with no fear.”

When it comes to the very best in the game, though, Yu admits their ability to change up their game is difficult to deal with:

“Phil Ivey… you hardly ever see him do something really crazy, you know, a very calm guy. When he’s not running good, you know, even when he’s short stacked, he’s just nursing it… and when he feels his luck and his way to attack you back, then he puts in a lot of chips and puts you under pressure. I think the pros know how to put pressure on amateur or beginner players.”

As always with the Paul Phua Poker School, the videos are quick - and top quality. Check out the rest of his site for the best tips from the best players.