Dan Bilzerian Shows Up at WSOP

There’s a saying that some celebrities would turn up at the opening of a milk carton, such is their need for publicity, but Dan Bilzerian’s appearance at the WSOP at least had a semblance of reasoning behind it.

The self-proclaimed King of Instagram, famous more for his seemingly endless wealth and the ever-changing bevy of beauties on his arm as he is for anything he has done in the poker world, Bilzerian was in town for the opening of a new high-stakes room - the King’s Casino Poker Room – which will host this summer’s high-stakes action, courtesy of Leon Tsoukernik and the Aria. 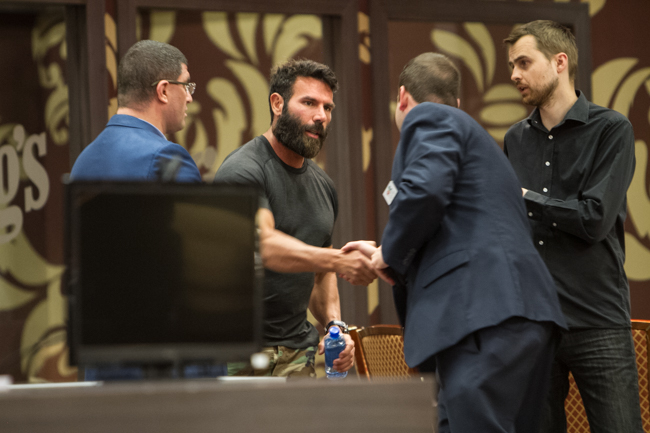 The new poker lounge witnessed a host of poker stars – and Bilzerian – as it opened its doors for its first big game, a $500/1,000 cash game which saw Tsoukernik fresh off his excellent 4th place finish in the Super High Roller Bowl being joined by close friend Antanas ‘Tony G’ Guoga, as well as high-stakes hitmen Brandon Steven, Dan Colman and Antonio ‘The Magician’ Esfandiari.

With the likes of Mike ‘the Mouth’ Matusow and newly-appointed Party Poker chairman  Mike Sexton looking on, and Brian Rast and Igor Kurganov on the waiting list for a seat, it was a highest-level beginning for the room.

Bilzerian, who has hit the headlines for all manner of prop bets with big-name poker players over the past couple of years, may have thought better than to gamble his bankroll against such a high class of opponent, as he left after posing for a few friendly pics in the private gaming area. 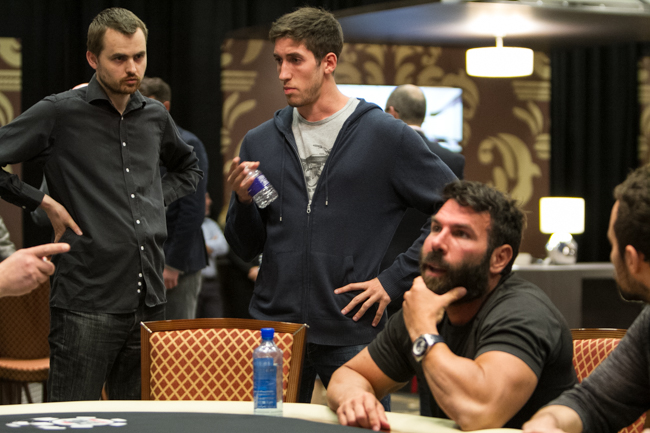 King’s Casino owner Tsoukernik has moved into the big league in almost every aspect of the game, his unusual style of play troubling even the world’s best, while his business acumen has landed deals with seemingly almost every poker tour in the western world, this year bringing the WSOP Europe to his casino creation in the otherwise sleepy village of Rozvadov in the Czech Republic.

The new poker lounge for the WSOP is a clear indication that his sights are set even higher and further afield, and doubtless the plush surroundings just opened will be the scene for some serious business talk as well as huge cash games over the next two months.