He killed two people - Óscar Elías Reyes Valenzuela and Carolina de Los Ángeles Carreño Ávila - and injured seven others before turning the gun on himself.

Campos had a long criminal record with charges ranging from kidnapping to assault, a history of abusive relationships, and lost his veterinarian license due to alleged negligence.

Despite being arrested and sometimes convicted 17 times for different crimes, he somehow never saw the inside of jail cell.

A case like this forces society to face uncomfortable realities about the system. How did a clearly disturbed man get a gun? How has he never been jailed even after being convicted of violent crimes? Is the current mental health system enough to prevent something like this?

All worthwhile questions for Patricio Nunez, a local reporter for Informe Especial, to dig into. He decided to scapegoat poker players instead.

That night's Informe Especial featured two unrelated reports, one about Campos' history and crimes, and another about the many "underground" poker clubs in Santiago, a neighboring city.

It begins with Nunes giving a summary of the tragic events in the Monticillo with pictures and sensationalist footage of the shooting, followed by footage of an unrelated PokerStars event as the narration shifts to talk about poker without any kind of segue.

"We go inside Chile's gambling world and its sometimes dramatic consequences."

Patricio Nunes tells us, implying that there's a connection between the two topics we're not seeing.

This pattern repeats itself throughout the broadcast. There's no segue or an overt explanation of how the two are related, he just heavily implies that this is the case.

These are his points regarding poker: 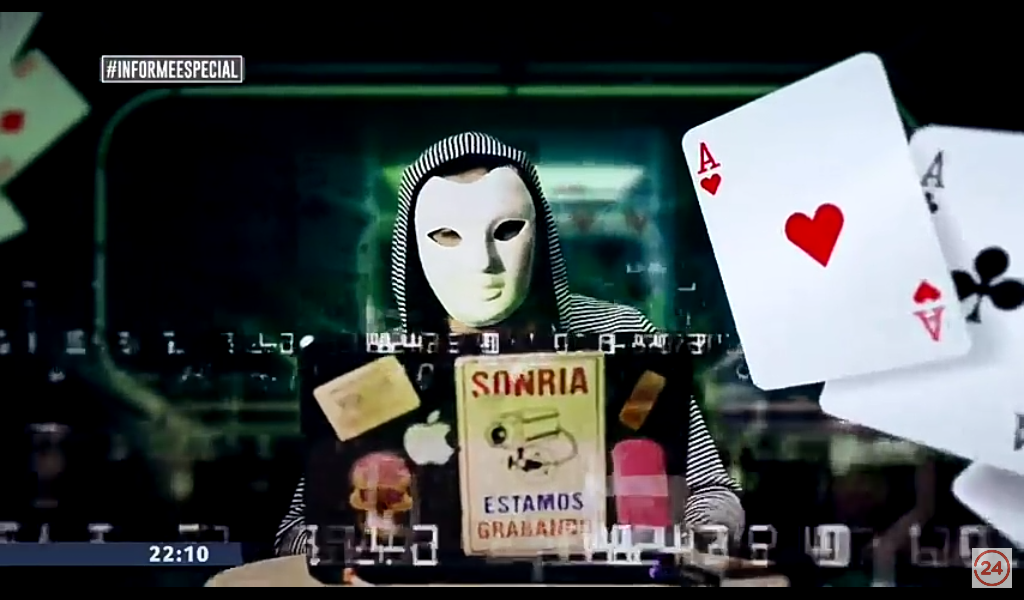 Thought I was just joking, didn't you?

None of these points have any actual relation to Campos or his crimes. In fact, he lost 14 million playing roulette, not poker. The lack of correlation would be obvious to most, if not for some deceitful editing.

Every video editor knows that if two images are shown in sequence, it leaves the audience with the impression that they are somehow related. This works even if the two images are not meant to be related. It's a trick on our sense of cause and effect.

They definitely knew what they were saying with this report, and likely knew that it wasn’t the truth. The only question left unanswered is why? Why would anybody do such a hack job on purpose?

﻿The Truth About Poker In Chile

Esto Es Poker is a poker show that airs full tournaments live, without hole cards, on Chilean TV and on YouTube. Though its budget is lower than what the poker audience is used to, they make up for it with a genuine love for the game.

It was that same passion that drove Esto Es Poker's Marco Sarabia to dedicate a whole hour show to a response to Patricio Nunez's claims and attacks.

In his report, Sarabia goes deep into Chilean poker legislation with his guests, they correct most of Nunez's points while reaffirming what he got right.

According to Sarabia's sources, back on April, Nunez was working on a TV Special about underground poker rooms until his main source, the local poker Club Bajor [sic], was raided by the cops before Nunez could interview them.

This was a problem as their main competitor, Canal 13 was preparing an expose on underground poker rooms with the help of the PDI (the Chilean FBI).

Rather than accepting the loss and moving on, he opportunistically tagged this footage to an unrelated story that just happened to take place inside a casino.

The fact that this story was the senseless murder of two casino employees, or that his report frames the casino industry and its employees as shady people that prey on "gambling addicts" like the murderer - did not seem to bother him.

Marco Sarabia does a great job dismantling his premise point by point, through many interviews with expert sources that would've talked to Nunez had he bothered to contact them.

While I -as a poker player and a sort-of journalist- agree with Sarabia's arguments, I should say, his report wasn't as well done as Nunez's. It was much better researched and truthful, but it doesn't take advantage of the visual medium at all. It lacks even basic stuff like visual aids or a simple on-screen recap to make sure the audience is up to date.

The result is a boring but well researched information competing against poorly researched but entertaining misinformation.

Not to say that they should've dumb it down, but clearly, the average viewer won't have the patience for this dry-as-bone presentation, regardless of the content.

Hopefully, people paid attention, however, because the information presented (of which I've only scratched the surface) is fascinating.

My (hopefully seen as constructive) criticisms aside, Nunez misinformed the public to get more people watching and the Esto Es Poker Team did its best to correct the many misconceptions he created with. In a time when journalism is under constant attack, calling out the dishonest members of the press and informing the truth is not only commendable but necessary.

Good on Esto Es Poker for standing up for the truth and the poker community. You can check out more of Esto Es Poker on their YouTube Channel.