Record-breaking numbers of players have been appearing in poker tournaments all year long, but not everyone is still in love with the poker dream it seems, and here are the big-name pros who have headed off to pastures new…

The ‘winningest’ female player of all time with almost $12million in tournament earnings to her name headed off to the corporate world, leaving the green felt behind barring one brief summer appearance at the WSOP…

Her reasoning? In her own words:

"Many people will ask why I’m leaving–there’s no one specific reason, but just a number of factors, big and small, that contributed to a general feeling I’ve had for a while that it was the right time."

And there was another reason soon to appear that would make poker a dim and distant memory, Selbst becoming a mum in the fall…

Aussie pro James Obst had quite different reasons for departing the poker world – a lifelong dream of becoming a tennis pro!

“My dream has always been to be a professional tennis player, and to play in Wimbledon!” he told fans and followers on twitter just after the summer WSOP extravaganza…

The poker world’s loss is tennis’ gain and we’ll all be watching out for James in London come next summer.

It’s not known exactly how many times the grand old man of poker has retired – or been presumed dead even! This year saw another version of the story, and again the WSOP was the departure lounge…

“My wife is not in very good health, and I will stay with her for the duration of either her life or mine,” the legendary Texan added “every day that I leave the house I feel guilty.”

It was to be a shortlived retirement, however, the juicy games in Bobby’s Room too much to resist, Doyle soon back to winning ways.

Once the scourge of the heads-up nosebleed stakes – and through his podcasts of anyone and everyone who stepped out of line in the poker world - Polk swapped the green baize for cryptocurrency this year.

No more hand histories being picked apart in expert fashion, Polk’s retirement from the game hasn’t kept him completely out of the loop – and a juicy falling out with JNandez had the internet in a spin, and Polk being offered a $50k punch-up to settle old scores!

It wasn’t just the live players who were quitting, online crusher Cullen ‘Cumicon’ Connors deciding that $7million was enough… 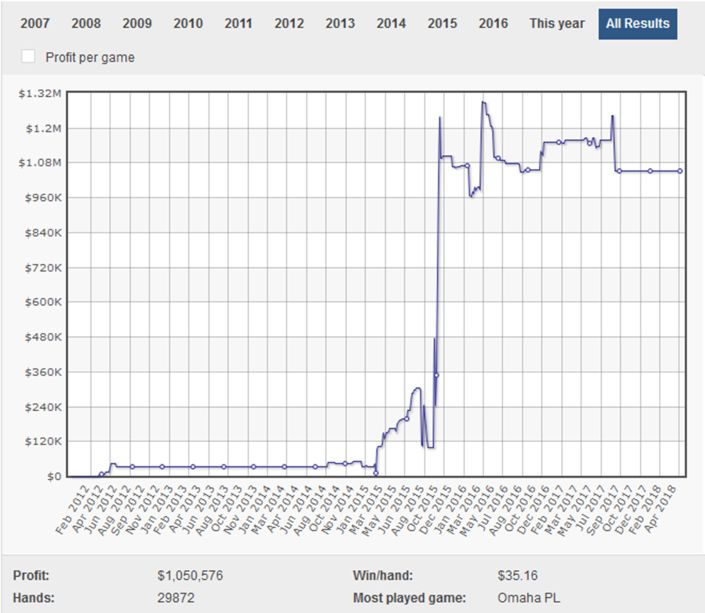 His main reason for giving up the poker life? The shocking statement:

And that’s probably as good a place as any to end this look at 2018’s departures!