Prop bets came under a microscope in 2018. Many asked if it is good for poker to have players bet on dumb stunts that no sane person would try. Should we really celebrate this?

The answer is yes and yes, you damn party poopers. And 2018 was a good year for prop bets in the poker community, here’s our list of the best of the year!

Back in 2017, Bill Perkins gave Jaime and Matt Staples 7 to 1 odds they couldn’t get to one pound away from each other. At the time Jamie and Matt weighed in at 304lb and 134lb, respectively. After 12 months of intensive workouts, they achieved their goal, both weighing in at 188.3lb.

At the time of writing, this bet is still going on, but it doesn’t look good for Jaime.

Whatever happens, Jaime should keep his chin up. It was inspiring seeing him lose all that weight, these bumps on the road won’t take away from that achievement.

This one flew under most people’s radars during the WSOP, but it was sure crazy.  Jerry Perrin, a PLO cash game player who entered the NLH Giant by mistake, took it down for $250,966. A great story, but not as great as his yearly prop bet with a friend.

“If we play in a tournament together, a ring or bracelet event and we both play, and I win or he wins, I get to pick a tramp stamp for him that he has to keep for a year.”

We don’t know who this friend is, but I think I speak for everyone when I say I hope the tramp stamp was of Godzilla surfing a pot leaf while flipping the bird. It’s the only sensible option, really.

Crazy Prop Bet #1 The one that Goes Against the Geneva Convention: Rich Alati vs Rory Young

Of course, this is number 1. It’s the only prop bet on this list crazy enough to break into the mainstream. Every other poker player got a phone call from their mother making sure it wasn’t them on the news.

For the two of you who have not heard about this, in November, Rory Young bet Rich Alati $100,000 that he couldn’t stay in a dark room with almost no human interaction for 30 days. Twenty days in, Young bought Alati out of the bet for $62,400.

During his isolation, Rich Alati had hallucinations he had to fight to convince himself were not real. He has seen no psychological or physical side-effects from this challenge, however, let’s hope for his sake it remains that way. 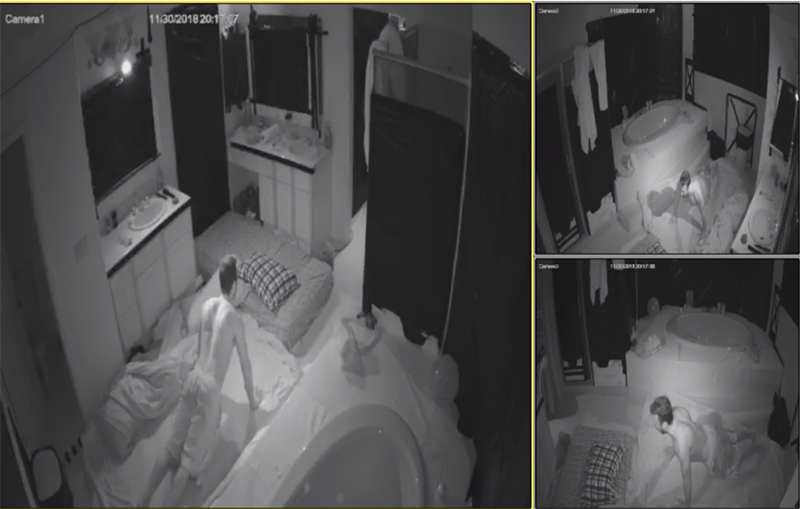 Well, that‘s our list, did we miss anything? Let us know in the comments!