Fedor Holz has to be one of the busiest retirees in the history of poker. In 2017 he managed to add more than $3,000,000 to his tournament winnings, he ramped up his entrepreneurial efforts with the introduction of the Primed Mind mobile app, and now he has joined the likes of Sam Trickett, Marcel Luske, Johnny Lodden and Dzmitry Urbanovich as the new Team PartyPoker Pro.

In the tweet announcing Fedor's induction to the PartyPoker team, German pro expressed his excitement for the future plans of his new employer, which is yet another reason for the fans, to start paying close attention to PartyPoker, as they are making steps to reclaim their place at top of the online poker popularity charts. 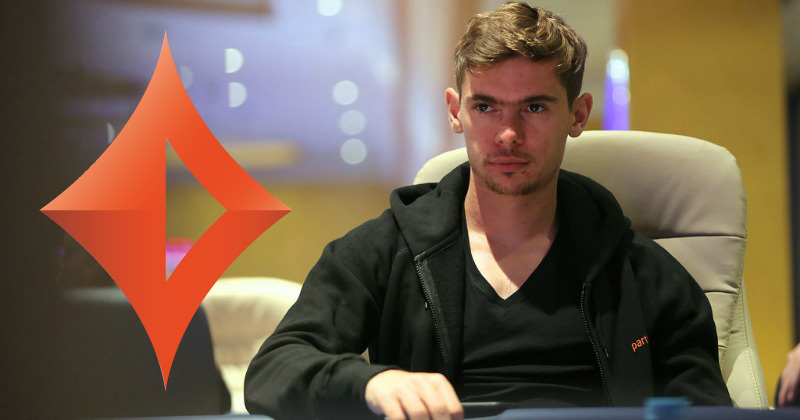 Early social media comments under Fedor's announcement seem to indicate that the newest PartyPoker signing was a very good call for the company. One of the Twitter users stated that: "(Fedor's signing) just might get me to switch from Stars to Party" which is certainly the very thing PartyPoker hoped for, given how they have a lot of work to do, in order to catch up to their biggest competitor. According to Pokerscout.com 7-day player average, PokerStars has around nine times larger active user base than Party.

Another Twitter user commented that it's: "Great to see a poker site signing up poker players (even the retired ones), rather than non-poker playing celebrities", which accurately sums up the difference between the strategies of PokerStars and PartyPoker.

The former aims to attract new players at the expense of the core audience by increasing their marketing budget and involving famous non-poker celebrities in their advertising materials, while the latter focuses more on serious enthusiasts and grinders. It's unclear which approach will succeed in the long run but Party’s new strategy seems to resonate well with the players.

Clash of the Titans

In the past few months PartyPoker made a number of interesting decisions. They hired the European Poker Tour founder John Duthie in order to fill the void created by the cancellation of the aforementioned legendary tournament circuit with their new "PartyPokerLIVE" events. Party updated their software, remodeled their VIP scheme in a very old school way - offering loyal, high volume grinders proper rakeback - and expanded their pro team, signing some major names in European poker like Sam Trickett and Fedor Holz. Few of the PartyPoker Team members like Johnny Lodden, Marcel Luske and Boris Becker used to be sponsored by PokerStars.

Party no doubt aims to win some of the goodwill that PokerStars lost and they're definitely on the right track. Nine to one advantage in active players is not something that can be corrected overnight but if Party keep their momentum going, they have the chance to attract a large percentage of alienated PokerStars grinders.

This is shaping up to be one of the most exciting poker room rivalries in the recent history and the Fedor Holz signing is a sure sign that PartyPoker means business.