Prop betting has long been a favorite pastime among poker players, so it comes as no surprise that a reality series based on absurd prop bets has found its way into production at Poker Central and will make its debut next week.

The series is titled "Major Wager" and will kick off with the first of five episodes on Sept. 5 on PokerGO. Poker pros starring in the handful of new episodes include Daniel Negreanu, Brian Rast, Jeff Gross, Samantha Abernathy and Antonio Esfandiari.

The players will compete against each other in performance-based wagers that can encompass almost any challenges imaginable. Pole dancing, car racing, golf shots, and some high wire acrobatics look to be among the prop bet challenges on tap in the first few episodes.

“We wanted to explore what would happen if we combined the most competitive personalities in poker with prop betting in everyday scenarios,” Poker Central president Joe Kakaty stated, adding that the series "will be a hilarious addition" to the programming already offered at PokerGO.

Joey Ingram has signed on to host the show. No word yet if any of the prop bets will include how long the podcaster can go without uttering the phrase "the great game of Pot Limit Omaha."

Teaming up with Poker Central on the production of Major Wager is the Roundhead Creative Group, whose work has been seen on popular programs such as “Dancing with the Stars” and “The Walking Dead.” Roundhead Creative founder Phil Alcabes said that the new show is a way to showcase "the lesser known skills, competitive spirit, and personalities of poker’s biggest stars." 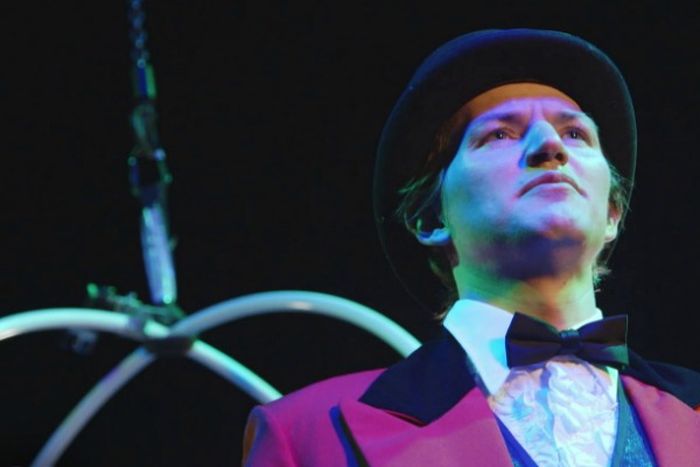 The first batch of contestants on Major Wager are no strangers to prop betting. Abernathy won a $10,000 prop bet versus Dan Bilzerian last year when he rode a bicycle from Las Vegas to Los Angeles in under 72 hours.

Esfandiari was famously involved in a prop bet with Bill Perkins that required him to "lunge" everywhere he went for 48 hours during the 2016 PCA. Muscle exhaustion combined with the call of nature prompted 'The Magician' to urinate in a container while seated at the poker table during a break in tournament action - a lapse in judgment that resulted in Esfandiari donating the $50K won in the prop bet to charity.

Thankfully, bicycle rides and lunging for endurance are not on the Major Wager agenda. The challenges appear to be a bit more exciting and viewer-friendly.