Google, Facebook… PokerStars – what is the common factor? Massive industry leaders, and not shy about using their position to screw the opposition it seems, with poker industry insiders hinting that The Stars Group who own PokerStars have been following the lead of their social media rivals in breaching EU anti-trust laws.

Although the poker world is a much smaller area than the social media and massive tech industry, the same rules of law are supposed to apply – and Google’s record $5billion fine for breaching them may yet be mirrored by a poker version of the same slapdown.

For those wondering what on earth PokerStars’ parent company have done to warrant any investigation, think about what the anti-trust laws are there to do: 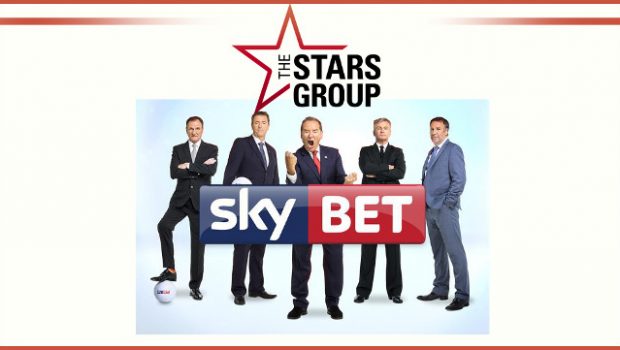 The Stars Group acquisition of Full Tilt Poker – and then binning them – is one way of getting rid of the opposition, with inside sources adamant that “Full Tilt was acquired simply to bin it”. More recently The Stars Group acquired SkyBet, which is home to SkyPoker, whether yet another poker site is gobbled up remains of course to be seen.

This was hardly in the interests of the poker part of ‘society’ – reducing options and cementing PokerStars position at the top of the card-game tree, not to mention the extras that such sites offered or might have offered with sportsbetting and casinos among other things.

Misusing monopolised positions in this way is a big no-no, but as yet nobody has raised the dubious actions of PokerStars bosses. They still fly the FTP banner as if to say perversely: ‘look, nothing to see here!’

When you throw in the fact that they failed to disclose their shares in the PokerNews media outlet for years, and then for some reason disclosed their ownership a little while back, it makes more sense.

Someone finally twigged that you can’t keep your little secrets without it coming back to bite you at some point – so finally they had to admit that it wasn’t an impartial news portal after all, rather a mouthpiece of The Stars Group.

Such devious manoeuvrings in the poker industry obviously won’t be hitting the headlines the same way as Google’s dubious Android anti-trust shenanigans, but it doesn’t make the possibility any less noteworthy.

If poker wants to finally shrug off the remnants of its shady, underworld cloak then the biggest ‘players’ in the game have to be held to the same high standards as other industries are – starting with The Stars Group.

If Google can be hammered by the law to the tune of $5billion (roughly the same number that PokerStars cost the then Amaya Inc) then even a small % of that fine could hurt The Stars Group immensely.

Conspiracy-laden ramblings? Do the logic part of their last few years yourself then – there aren’t any pretty answers to the persistent, and consistent, anti-poker approach by PokerStars big bosses. If any company should be facing an anti-trust lawsuit, it’s poker’s biggest one!