Without being glib about it, the poker phrase ‘Read ‘em and weep’ has never been more appropriate.

It was the biggest site boasting the most glorious players in the game – the heyday of modern poker where there was enough money around to make almost everyone rich, none more so than the likes of Chris ‘Jesus’ Ferguson, Howard ‘The Professor’ Lederer and Ray Bitar – joint owners and founders of Full Tilt Poker.

When Black Friday hit in April of 2011, however, the glory days turned to dust for almost everyone else – Full Tilt Poker’s bosses suddenly unable to meet player withdrawals as they had used player funds on their own lavish bonuses and lifestyles.

Check out my previous PokerTube article for the full story behind poker’s biggest scam – a $440million rip-off of ordinary players.

This pair of massive scams belong together, and although it’s hard to put an exact figure on how much players were taken for, a round $50million isn’t too far off the mark when all the bits and pieces are put together.

The phrase ‘God-mode’ entered into the darkest annals of poker history after amateur poker sleuths discovered that superuser accounts – allowing certain people at the top of the UB/AP food chain to see their opponents hole cards – were had been taking $millions from unsuspecting opponents.

Read about the involvement of 1994 WSOP Main Event winner Russ Hamilton and his fellow criminal Scott Tom in this detailed look at the second biggest scam in poker history.

This horrendous scam saw everything from financial mismanagement and profligate personal spending at the very top, to cheating on the site by their biggest-named pro Jose “Girah” Macedo, to ultimately stiffing their players for a minimum of $15million when the site finally closed.

It was, all said and done, a huge Ponzi scheme – portraying itself as the best site for US players while at the same time squirreling away and spending the money which wasn’t theirs, CEO Jen Larson the greediest pig at the trough by all accounts.

You can read more about Larson, Macedo and Lock Poker in this version of the ‘Top 5 most despised names in poker history’.

What could have become an amazing brand for the ages, the Epic Poker League became an epic failure – 100 creditors being owed over $5million between them after Epic’s parent company declared bankruptcy after only 3 events, aborting a promised $1million freeroll in the process.

“Epic should have done it on a beer budget and, instead, tried to do it on a Dom Perignon budget,” was how one unpaid investor described the debacle, which once again had the disgraced and disgraceful Annie Duke sitting centre stage when it all fell apart.

Rounding out our top 5 biggest poker scams is one which took Scandinavian superstars of the game, Patrik Antonius and Johnny Lodden, for at least $3million using the MSN Messenger app.

The cunning scam involved a ‘new player’ to the big games taking on the duo at the tables, piqueing their curiosity and then planting a Trojan virus when they accepted an MSN messenger chat request.

The result? A ‘superuser’ bug installed which meant that Antonius and Lodden’s cards were visible to the villain, and the expensive outcome is in the title – the pair finally realising what was going on but no-one ever being caught for the treachery. 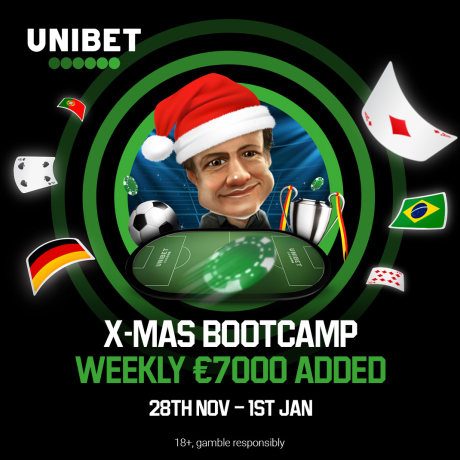