A magazine is claiming that the alleged cheat’s winrate is nowhere near as high as previously calculated, and attempts to cast doubt on one of the biggest poker scandals of the past decade…

Rounder Life, self-described as the Casino Lifestyle Magazine, published an ‘anonymous’ article this week on its website, claiming to be conducting ‘its own independent investigation into random streams to see how the numbers match up’.

‘The alleged profit numbers from these charts are not just off, they’re not even close.’

Those who have been following ‘Postlegate’ closely will know that the Sacramento-based pro is the subject of both a $10million civil lawsuit and a criminal investigation by the California Bureau of Gambling Control.

These came about after his play in the livestreamed cash game from Stones Gambling House was seriously questioned by Veronica Brill, the whistleblower who helped launch a huge community-led investigation into Postle’s unbelievable winning streak.

Part of that investigation, led by Joey Ingram, numerous members of the 2+2 poker forum and pros such as Matt Berkey, focused on Postle’s winrate – the various attempts to pin down how much Postle allegedly cheated revealing a chart that was ‘off the scales’…

Rounder Life says that the actual figure won by Postle is much lower. 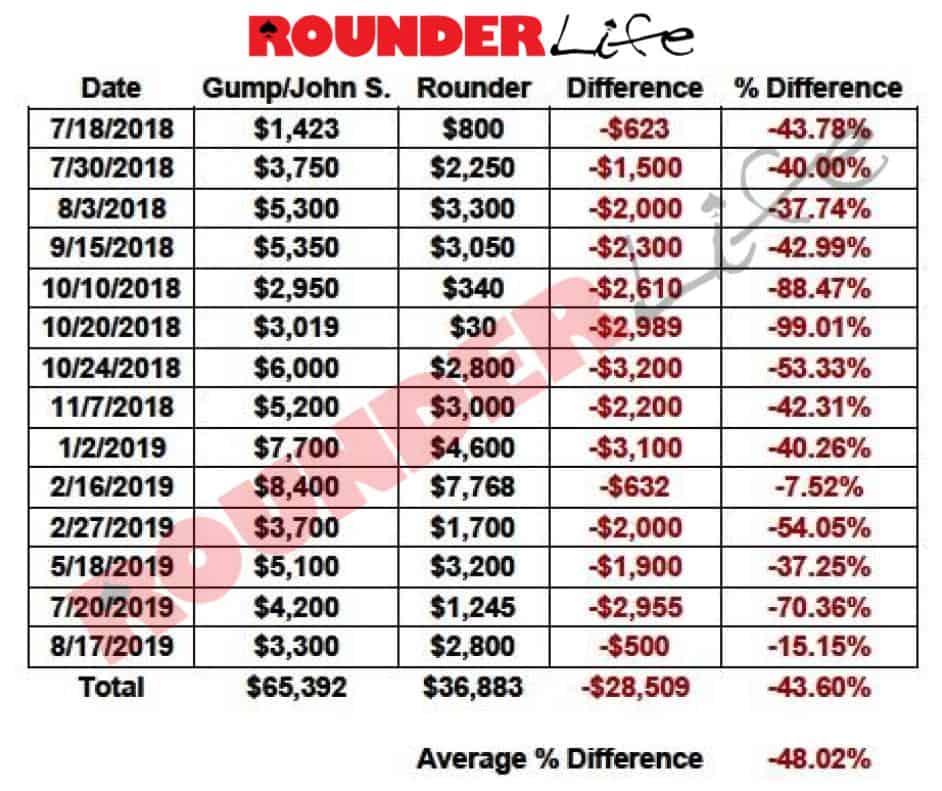 Rounder Life’s own calculations have yet to be dissected by the poker community, as they no doubt will be, but as Veronica Brill has stated on Twitter, the winrate is only a small part of the evidence stacked against Postle.

It was partly Postle’s bizarre table behaviour and, perhaps primarily, his ability to dodge bullets and make extreme plays in hugely unlikely situations, that have convinced many of his guilt.

This week Postle was accused by lawyer Mac Verstandig of hiding from attempts to serve notice of the $10million lawsuit against him. Verstandig is representing almost 100 of Postle’s opponents, and included in the lawsuit as defendants are the Stones Gambling House and its poker room manager, Justin Kuraitis.